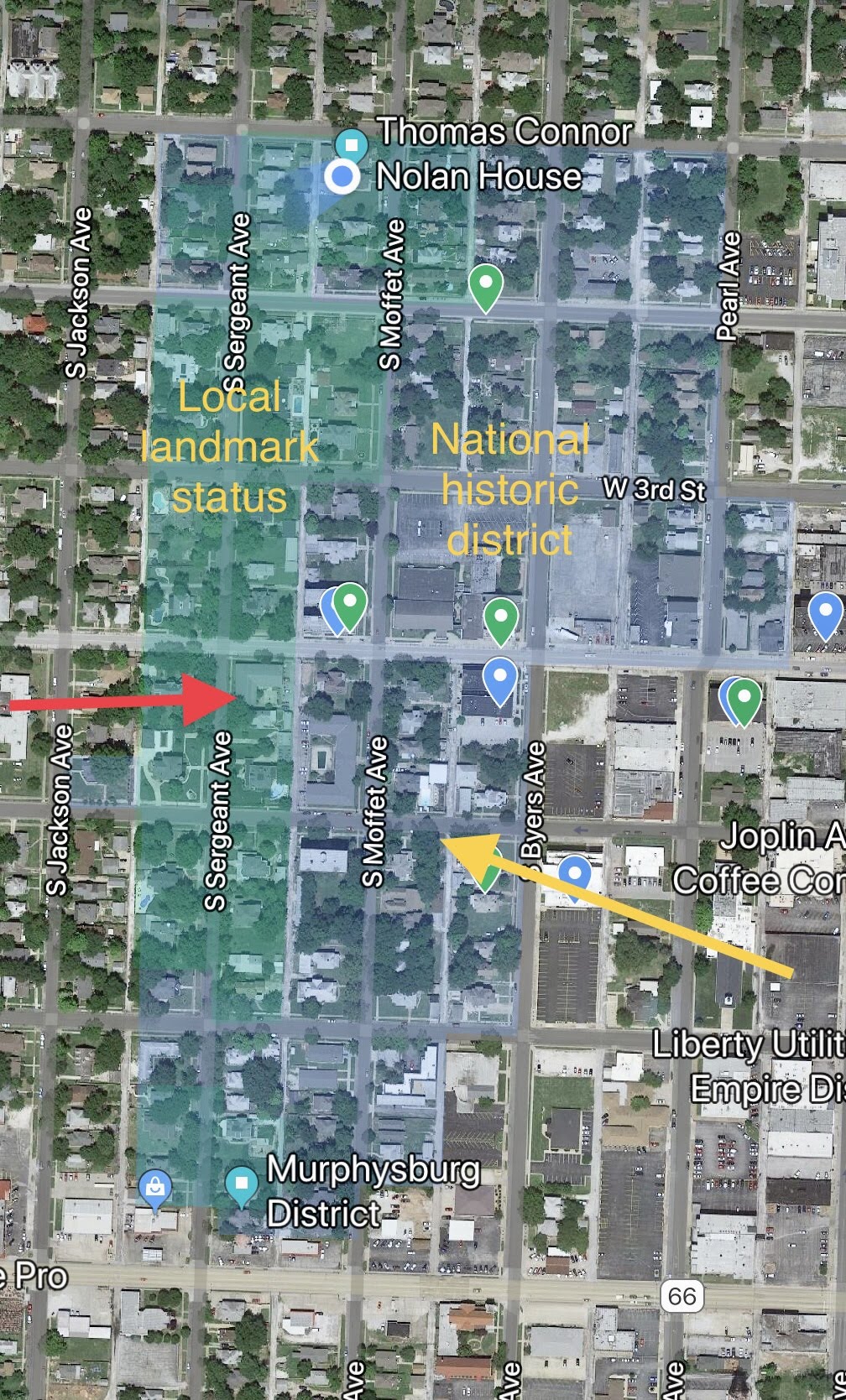 If you want to apply for a historic yard sign, check where you live in the Murphysburg National Historic District.  If you are in the first overlay in the local landmark status ( red arrow ) our application is HERE

Murphysburg group has documentation on almost every home in the district, if we don’t have any documentation we can point you to other resources.  Contact us at murphysburg@gmail.com

Joplin historic preservation efforts began in 1984, with a grass roots group of preservationists who formed the Joplin Historic Trust to promote the preservation of Joplin’s historic buildings.  They were instrumental in establishing the first non-profit corporation, worked with City leaders to develop a Preservation ordinance, form the Historic Preservation Commission, identified and provided signage for local landmarks throughout the City.

In March of 1986, the City Council, recognized under ordinance, the first local residential historic district, naming it the Murphysburg Residential Historic District; then in 1997 the Council authorized expansion increasing the Historic Residential District which now include properties on Sergeant between First to Seventh Street and Moffet Avenues between First to Fifth Street.

It would be another seven years before the current members of Historic Murphysburg Preservation, Inc., the second generation of passionate preservationists began implementing charitable and educational activities to promote historic preservation activities throughout the Murphysburg Residential District and sharing with the public their efforts.

And, now with the support of the property owners, and ….with City leaders, 146 primary resources and 60 contributing secondary resources were placed on the National Register of Historic Places in the spring of 2015.