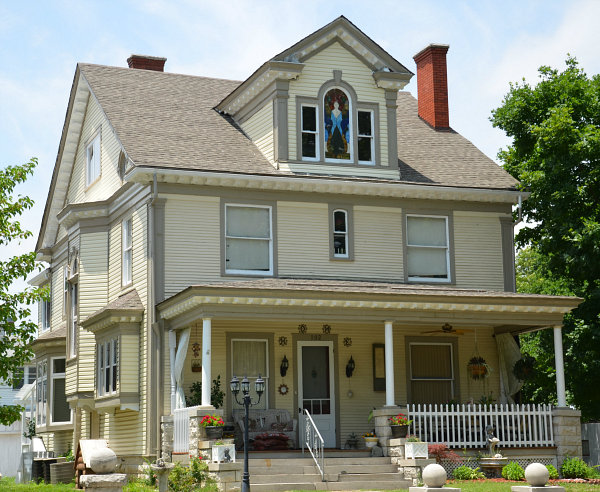 Charles Moore was a well-known real estate broker and was active in early day mining activities.  He was considered a pioneer of the city’s development and was an associate of Patrick Murphy.  When he passed away in 1926, he was married to his third wife, Mattie, after being widowed twice.

Sigmond and Emma Klein were the next owners of the house and were also prominent in Joplin.  Sig Klein was vice-president of the Model Clothing Company in downtown Joplin.  His brother, Cadie Klein, was president and lived at 622 S Sergeant.