Edward Zelleken, a German-born brewer, immigrated to the United States bringing practical knowledge of brewing and coopering. He and Charles Schifferdecker were partners in the brewing business in Baxter Springs, Kansas and made the move to Joplin together in 1875. In Joplin, Zelleken dabbled a little bit in everything, brewing beer, banking, mining, and wholesale groceries to name a few. His first house was an eight room brick Italianate mansion at the corner of 9th and Pearl Streets which he built in 1882 for $16,000. He and his wife, Margaretha enjoyed many happy years in this elegant house with their six children and it would be the setting for their daughters marriages. The mansion was sold to the Sisters of Mercy around 1887 for their convent, Academy of Our Lady of Mercy. It has since been demolished. The Zelleken’s second brick house at 406 Sergeant was finished in 1893. The massive brick exterior features projecting bays, a number of porches, and tall chimneys with bulbous chimney pots, decorative terra cotta panels, leaded and stained glass windows and a “Z” above the front door. The interior of the house included such luxuries as marble sinks, elaborate tile work, etched glass in the dining room and dumb waiter. The three-story, 4000 square foot house was admiringly called “an architectural gem…..one of the finest houses in the southwest.” by a reporter the year it was completed.   406 Sergeant has a number of characteristics in common with the Schifferdecker house, with which it shares the block, and the now demolished Porter residence which sat on the northeast corner of the block. All three was built by self-sufficient, self-confident men ready and eager to let the world, or at least Joplin know of their success.
Worldly success was pleasant, but it could not balance personal tragedy. The latter was no stranger to Edward Zelleken, he suffered the loss of three of his seven children; Willie at the age of 2, daughter, Tillie, died just before her wedding and so was buried in her bridal gown. And, son Frank also died before his father. Another heartache was his oldest daughter, Annie Zelleken Comerford which has her own story further down in the brochure.   Mr. Zelleken died in 1920 and left the house to his daughter Alvina Zelleken Dwyer. Seven of the nine members of Edward Zelleken’s family are buried at Mount Hope Cemetery in Webb City, Missouri. 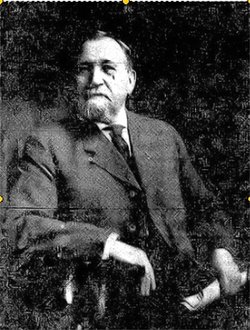 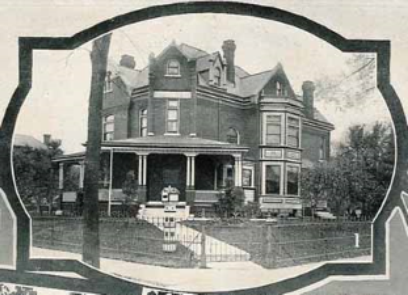 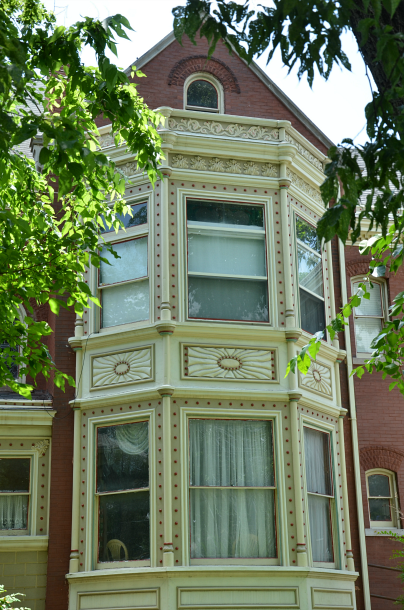