Hoosier-born John Wise moved to Joplin in 1874 to open a hide and grain business. As with many early Joplin merchants, he quickly realized that real money could be made in mining. Wise joined forces with Thomas Connor to operate lead mines. He also owned 3000 acres of land in Oklahoma where he invested in coal mining and cattle and horse ranching. Wise helped organize Miners Bank and served on the city council, an “uncompromising advocate of the principles of the Republican Party” according to biographer Joel Livingston. In 1898, Wise commissioned architect August Michaelis to design this fanciful Queen Anne style house. Built for $10,000, it featured round towers, balconies, and stained glass windows. Twenty years later, Mrs. Wise, who was active in civic concerns, convinced her husband that their house would make a good residential facility for the YWCA. Although the YMCA had a fine building on east 4th Street, the women’s organization, founded in 1905, had yet to find a suitable home. Instead, it shuffled between various old houses and vacant upper floors in downtown buildings. In 1920, a group of businessmen raised funds to purchase the Wise house for $15,000 and spend another $13,000 to remodel and furnish it. The new YWCA opened as a boarding house for girls who came to Joplin to work. The facility, with only 3 bathrooms, lodged up to 40 girls. The young women had to walk a few blocks to eat their meals at the YWCA cafeteria at 514 ½ Joplin Street.

John was affiliated with the local organizations of the Benevolent and Protective Order of Elks and the Knights of Pythias, and his wife was a member of the Congregational church. At Joplin, on the 20th of February, 1878, was solemnized the marriage of Mr. Wise to Miss Alice Clark, daughter of  Monroe Clark, a prominent business man and influential citizen of this city. In conclusion is entered brief record concerning the children of Mr. and Mrs. Wise: Delmar C., married Miss Jean Gregg,  Nina is the wife of Haywood Scott, Raymond F. and John Connor,  The family is prominent in connection with the best social activities of the community and the attractive home is one in which is dispensed a most gracious hospitality. 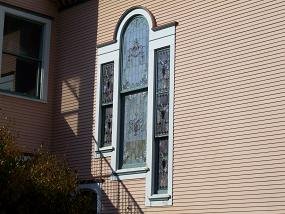 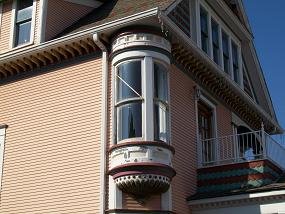