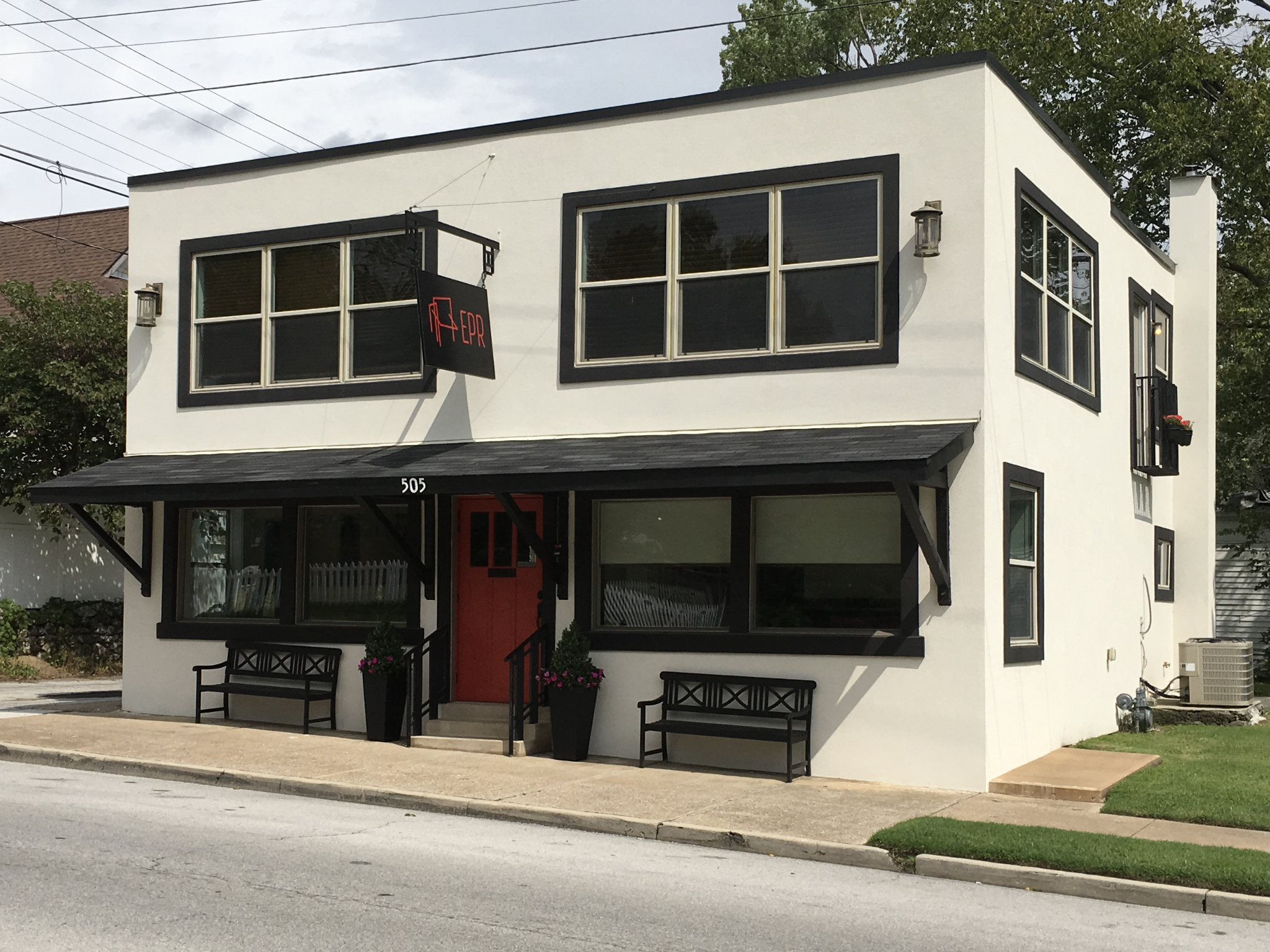 This building has been re-purposed from a two-story neighborhood grocery store, to many different purposes.  Originally owned by George Morgan. George’s grocery business started on East 7th Street, he moved his store in 1935 to 505 West 2nd and lived next door at 503 West 2nd.  From 1946 to 1974, His son Roy and wife Virginia took over the store. they lived east of the store in a house at 124 South Byers.  The market was also home to Darral Dishman’s second story art studio, a residential rental in the 80’s and from 2007 to 2014 Madison Lane Interiors.  The partners did an extensive restoration to building to house their array of quintessential home décor.

In 2016, new owners of Morgan’s Grocery Store have settled in Murphysburg.    Dr. Blake Webster and Dr. Amykay Cole.  They have re-purposed the Depression era concrete block commercial building into a clinical psychology office.