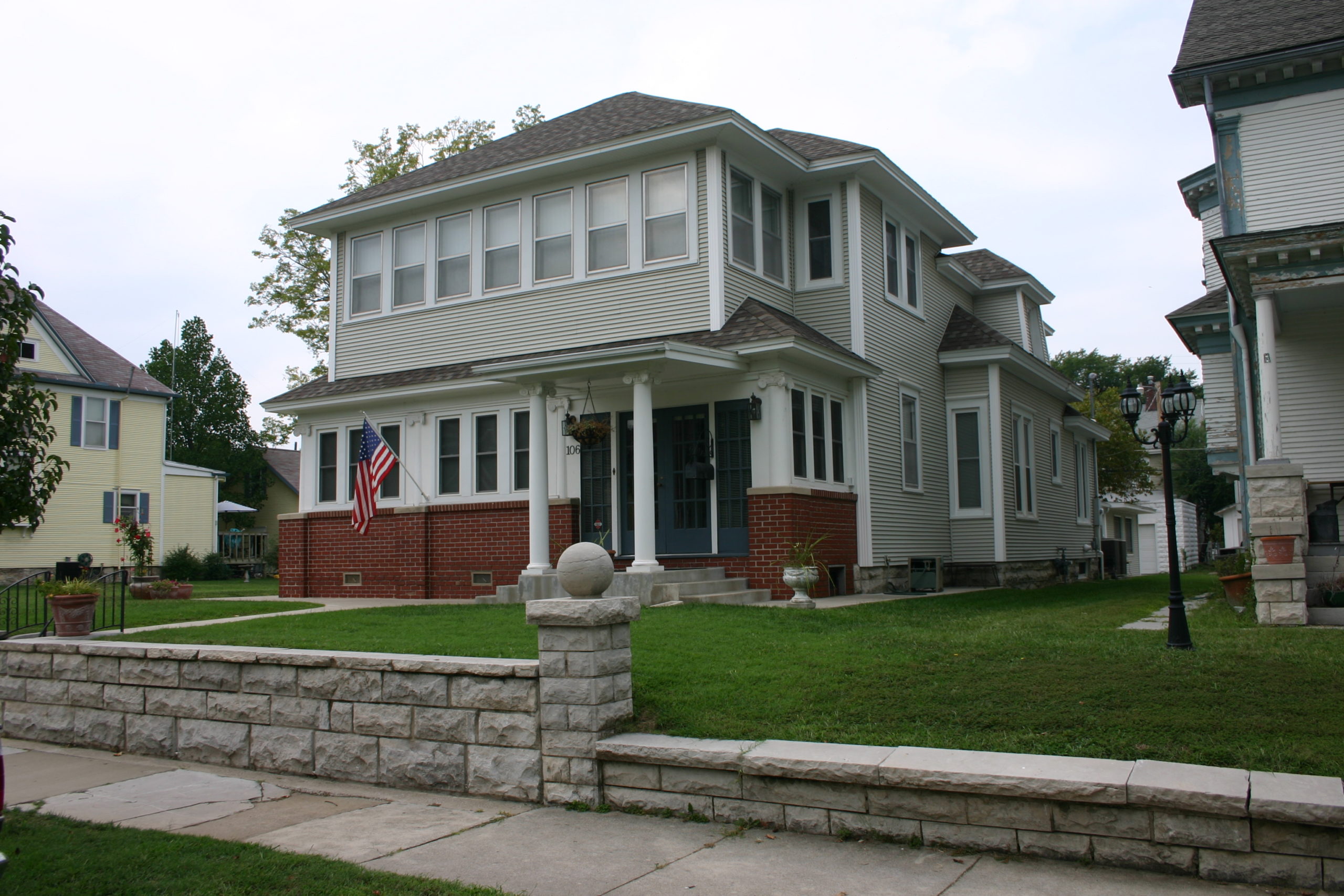 Thomas C. Nolan was a prominent business man and nephew to one of Joplin’s most noted citizens, Thomas Connor who built the Connor Hotel.  Nolan was closely connected with his uncle in the management of the Connor Realty Company, which had extensive interests in Joplin and around the country for several years before assuming the presidency of the company. Following his graduation from Notre Dame University in 1899, he came to Joplin and two years later married Miss Margaret Lawder.  Uncle Thomas Connor gave them this residence as a wedding gift in 1902. The home is largely in the Queen Anne style but might have been called transitional.  Some of the outstanding features in this elegant residence are the grand paneled staircase, sliding pocket door and the beautiful detailed molding.

This elegant house once featured a wraparound open-air porch. The Ionic columns that support the porch and tongue-and-groove ceiling remain. At some point, the owners removed the side porch then in 1969, the porch was enclosed. American architecture in post-World War II dramatically changed. The noisy automobile and air-conditioning caused people to retreat into their homes or enclose their porches.

At the turn of the century, health experts recommended fresh air for the treatment of tuberculosis and for overall health. This medical trend resulted in the addition of sleeping porches to homes. Typically the second story was used because the air was better at higher elevations and the height provided privacy.