There has been a Jewish presence in the Joplin area longer than Joplin has existed, with the first arriving during the 1860s. Early Jewish settlers of the area were shopkeepers, businesspeople, and executives and managers in the mines, who settled here to take advantage of the Tri-State area’s lead and zinc mining boomtown opportunities. Jewish area residents met in local churches to worship during these early years.

The United Hebrew Congregation of Joplin was formally organized in 1911 with planning and fundraising efforts for a permanent synagogue accelerating in the subsequent years. Joplin Rabbi Joseph Leiser called for a building worthy of the Jewish citizens – one that will be an ornament to the city and be acceptable to all citizens of this district, not merely to the particular worshippers.

Property at the corner of Seventh Street and Sergeant Avenue was purchased from Aaron Haughton of Corpus Christi, Texas, a Mason and former Joplin resident for $6,000 ($124,695 todays equivalent). In September 1916, contractors Dieter and Wenzel received the building permit. The synagogue was completed later in 1917 through the generous efforts of Jewish residents of Joplin, Pittsburg, Galena, Webb City, Carterville, Carthage and New York City. The final cost of the building was $35,000, which about $727,390 today.

One of the United Hebrew Congregation founding members, Gabriel Newburger, is credited with the inspiration of the temple’s architecture after bringing back his sketches of the magnificent Hagia Sophia, which is now a museum and is located in current day Istanbul, Turkey. Mr. Newburger was accompanied on this trip by his brother-in-law and business partner Solomon Newman, Sr. By 1910, Sol, his brother Albert Newman and their father Joseph Newman together with Gabe were all part of Newman Mercantile Company in Joplin.

Newspaper accounts touted the yet-to-be completed structure as a Byzantine-style building with Oriental trimmings and along the lines of a Hebrew temple and a Turkish mosque. The Oriental look was in vogue in Joplin around this time and examples of it could be seen in Schifferdecker Electrical Park’s Moorish entrance and towers (circa 1901-1914). The interior Oriental-style lobby was similar to the Turkish baths at the Elks Club Lodge (circa 1904).

October 1916 witnessed the Masonic cornerstone laying ceremony, which was attended by 600 people, to include every member of UHC, 225 Masons and visitors from the surrounding area. It was a gala event including speeches delivered by Rabbi Leiser and congregation president Morris Scherl. 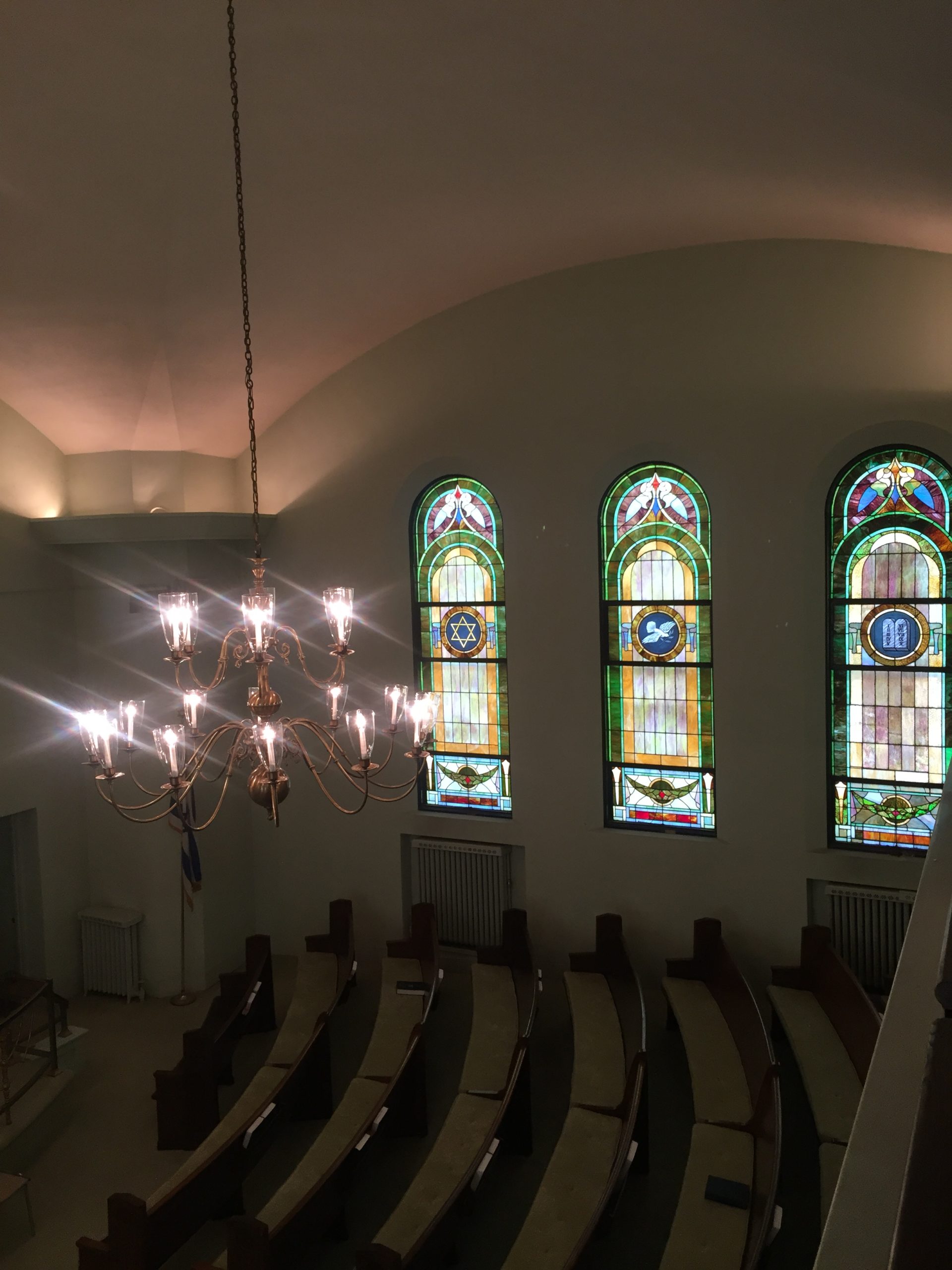